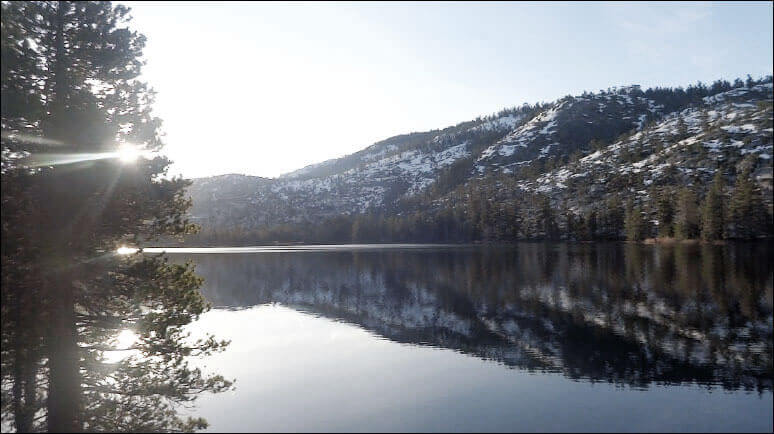 Yosemite’s hidden and little-known Hetch Hetchy Valley is a place I love to visit all year long. Visiting and exploring Hetch Hetchy is a special experience for me every time.  It gives me the opportunity to explore, learn more about American Indians who have lived for more than 6,000 years, and the detailed history of O’Shaughnessy Dam and Power Project.  Hetch Hetchy Valley is located in Yosemite National Park’s northwest corner.  Questions and answers listed below are documented for my own personal use.  Feel free to check it out.

What Happened to Hetch Hetchy Valley?

It was established by Congress in 1890. The area is renowned for its spectacular waterfalls and towering granite structures.  Hetch Hetchy Valley once looked similar to Yosemite Valley.  The valley was once one of the compelling landscapes until the great 1906 San Francisco earthquake which destroyed key portions of the City of San Francisco’s water system, Congress passed the Raker Act in 1903, granting San Francisco the rights-of-way and the use of public lands to build the O’Shaughnessy Dam and Power Project.  John Muir, who wanted the valley to remain untouched for wilderness preservation, had led the opposition.  Muir died 20 years before completion, never having had to witness any changes to his valley.  He was “heartbroken” – the word almost every Muir biographer chooses.   Hetch Hetchy provides an abundance of recreational opportunities, concluding hiking, backpacking, cross-country skiing, and bird watching.

Can you drive to Hetch Hetchy?

The drive to Hetch Hetchy Valley is about a half-hour drive from CA Highway 120.  Hetch Hetchy sits at lower elevations and due to this reason, Hetch Hetchy has the park’s longest hiking season in the area. You can walk on several trails, ranging from two to 13 miles long. In spring, wildflowers bloom along the trails

How far is Hetch Hetchy from Yosemite Valley?

Hetch Hetchy to Yosemite Valley is about 56.7 miles lightly trafficked out and back.  The trail is difficult and is best used from May until October.

What are the popular hikes in Hetch Hetchy?

1. Laurel Trail is a 15.7 mile moderately trafficked out and back that features a lake and is rated as difficult. The trail is primarily used for hiking, walking, nature trips, and birding and is best used from April until October.

3. Lake Vernon and Tiltill Valley Trail in Yosemite starts from the parking lot close to the O’Shaughnessy Dam at the Hetch Hetchy Reservoir and goes to Lake Vernon through the Yosemite Wilderness. Staying overnight requires a wilderness permit which can be obtained at the Hetch Hetchy Ranger Station or reserved online.  Total distance for the trip is 23 miles (11.5 miles one way) with 2,700 feet (820m) elevation gain.

4.  Poopeanut Valley Trail begins at a signed trailhead four miles past the entrance station. This strenuous 2.5-mile, round-trip hike to the Tuolumne River has 1,229 feet of elevation gain.  This trail is the steepest than any other trail in Hetch Hetchy.

5.  Rancheria Falls Trail is a 12.3 mile heavily trafficked out and back trail that features a waterfall and is rated as moderate. The trail offers a number of activity options and is best used from March until October.

6. Smith Peak Trail begins at Hetch Hetchy Entrance Station. It is 13.5 miles (21.6km) round-trip.  It can take six to eight hours to do the hike.  This hike is great to see wildflowers,  meadows and views of Hetch Hetchy.

7. Tueeulala  Trail is located on the north side of Hetch Hetchy Valley in Yosemite National Park. At roughly 880 feet it is the smaller of two large waterfalls that spill into Hetch Hetchy Reservoir.  Tueeulala, which dries to a trickle in the late summer, is approximately a thirty-minute hike from the dam after you pass through the granite tunnel to your left.

8.  Wapama Falls is the larger of two waterfalls.  It flows almost year-round and during peak flow has been known to inundate the trail bridge crossing its base, making the falls impossible to pass. The falls consist of two primary drops angled roughly 60 degrees to each other, and a broad cascade at its base. Wapama Falls is fed by Lake Vernon, a few miles to the north.  The distance to Wapama Falls is 5.5 (8.8km) round trip with an elevation gain of 200 feet (60 meters).  Hiking Time can take 2.5 to 4 hours.