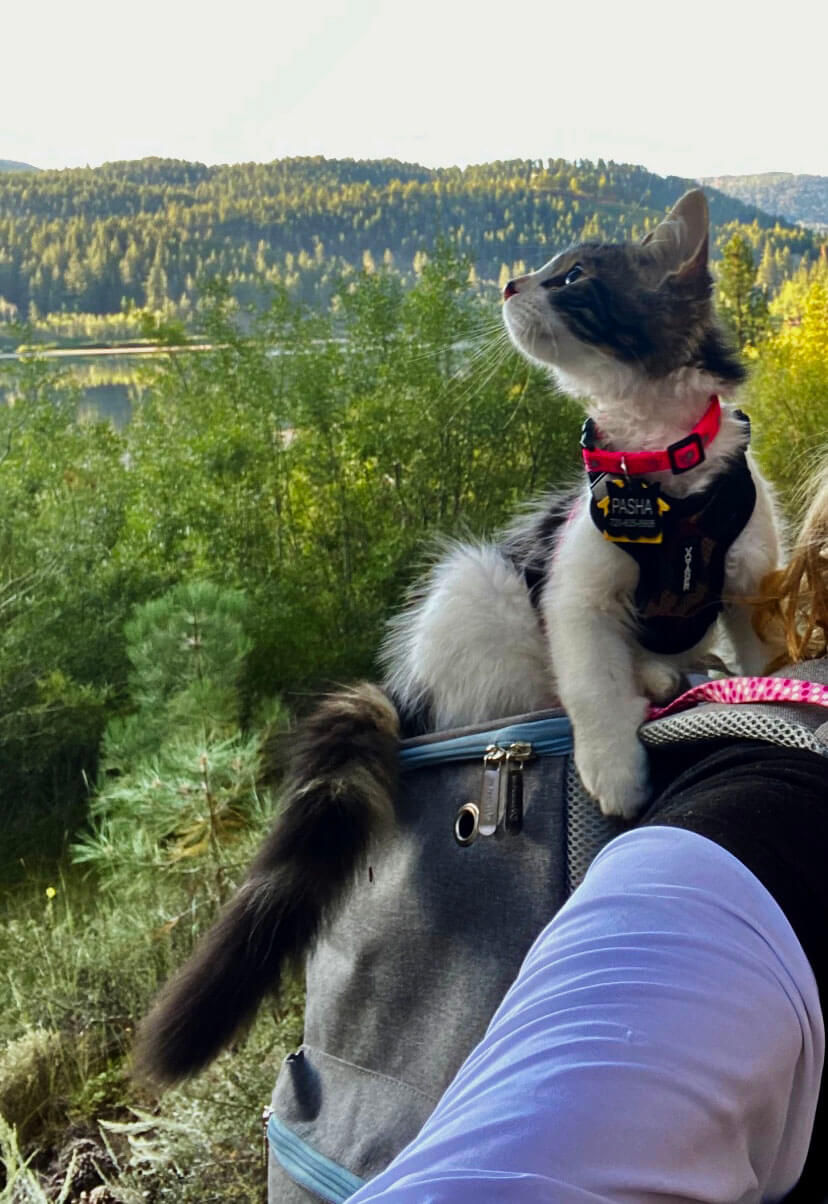 I have adopted a three-month-old kitten from the Humane Society in Reno, NV. I named him Pasha meaning, “small”.  Pasha is also a diminutive short name for Pavel in Russian language.  His original name at the shelter was “Quack.”  After bringing him home, he was very skinny, had diarrhea, and was terrified of everything, including me.  After having him for three weeks now and even going on his first hike to Spooner Lake in Lake Tahoe, he is adjusting well to me and the outdoor environment.

When hiking, I only go early in the morning or late in the evening when temperatures are cooler.  Our first hike to Spooner Lake in Lake Tahoe was a success!.  He loves being on the trail and exploring outside!  Here are the photos from our first hike!