Surviving a Fire Maze Hike In The Valley of Fire 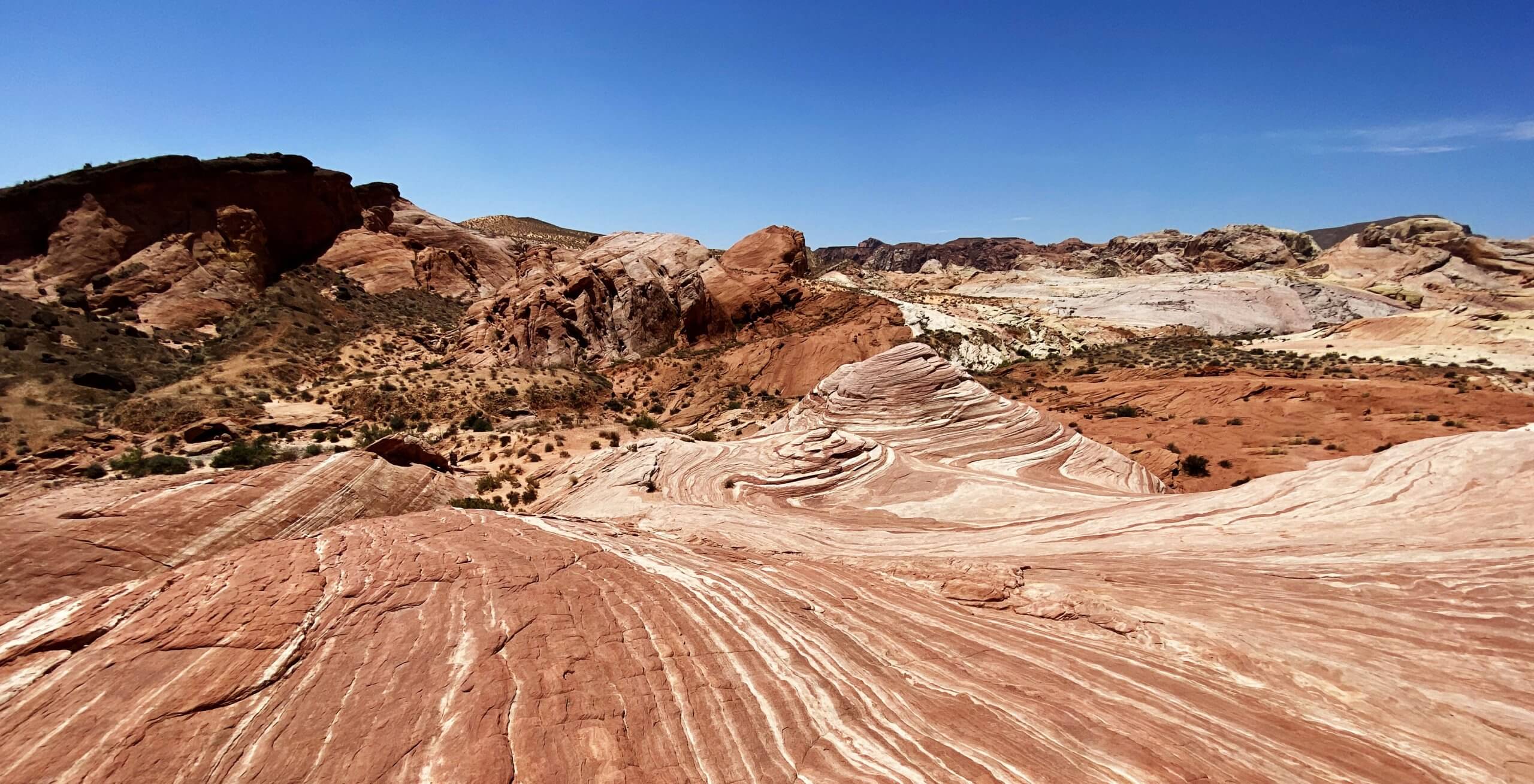 I survived a 100 degree Fahrenheit hike in Valley of Fire.  Fire Maze Trail is only three miles long, but hiking this trail took every sweat out of me. Park Rangers recommend, you don’t hike this trail if the temperatures rise above 85 degrees Fahrenheit.  They also close the Fire Maze Trail in June through September due to extreme hot temperatures. I blazed through this trail with no hat, no water, and sunscreen. My bad!  It’s the longest of the trails at 1.5 miles, but it is truly one of the most spectacular hikes in Nevada!

Valley of Fire State Park The state park derives its name from red sandstone formation which formed from shifting sand dunes 150 million years ago.  Valley of Fire is a geological park built of rocks of may colors: white, gray, brown, purple, red.  No matter what their color, nearly all of them are forms of the same type of rock: sedimentary.  They tell a story of a ancient seas and beaches, of times when heat from deep in the earth changed the mantle at the surface.  Some of these building blocks are 300 million years old; others are much younger.  All of them were created by geologic processes that have been operating on this earth since the beginning of time.  Each process creates a different kind of rock, and all rocks are continually changing because of these slow but irresistible forces.  In Valley of Fire there mostly sedimentary rocks, laid down as sand, mud, silt, or lime which slowly turned to stone.
Sedimentary Rocks result from erosion and gravity acting on igneous rocks, made from magna, the liquid rock found deep within the earth.  Wind, heat and cold combine with water and ice to wear down these foundation rocks into minute grains of sand, and move them around. Eventually the sand is compressed and cemented together again into rocks.  Often plant and animal remains are deposited in the mud, sand, and gravel and are preserved as these soft layers turn to rock.  These deposits or sediments, cemented together by minerals, are called sedimentary rock.  Rock subjected to heat, pressure, and chemicals change or metamorphose into new forms.  Metamorphic rocks are common in Valley of Fire.  They include dolomite (from limestone) and quartzite (from sandstone).