My trip to Trail Camp via Mt. Whitney Trail 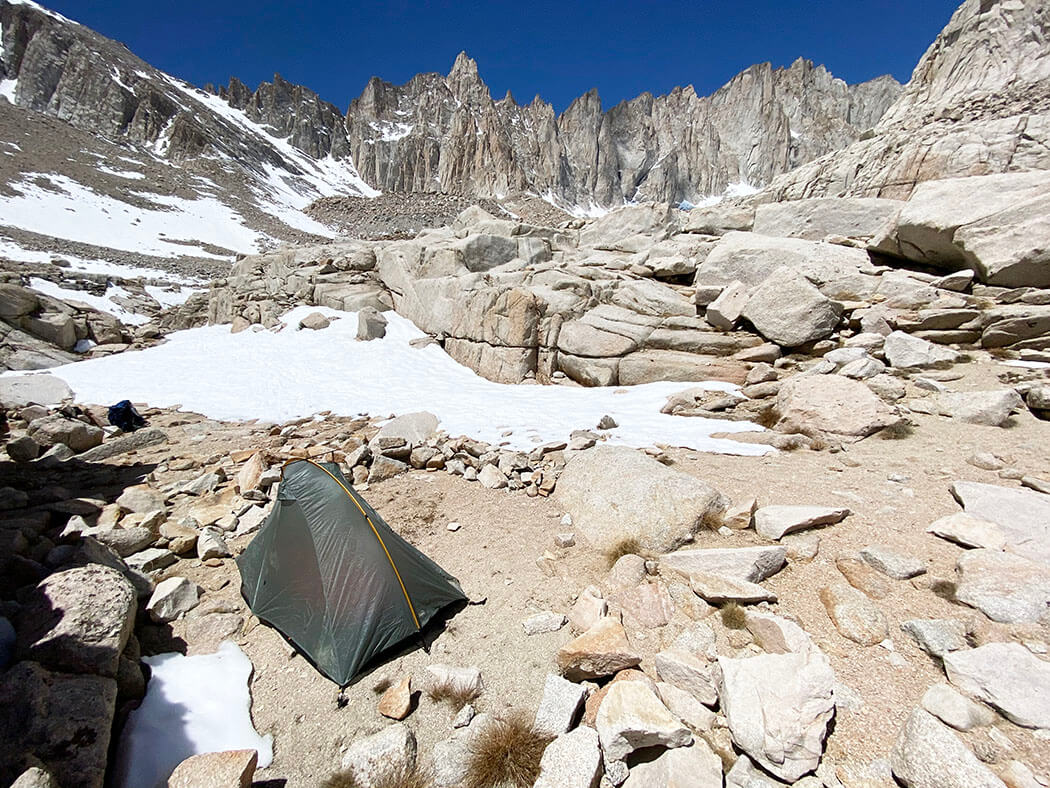 I had a hard day yesterday on Mt. Whitney Trail hiking from Whitney Portal. With with all the snow in the Sierras and getting an altitude sickness later in the day, I avoided climbing to the top of Whitney the next morning.  Experienced  small abrasions and minor bleeding on my right hand after falling and tripping over a rock at Trail Camp.  I got a small dark bruise on the upper lid of my left eye.  Due to dehydration and  altitude sickness, I decided to postpone my trip to the summit.  I barely slept due to high winds in the middle of the night.  I woke up multiple of times.  My headache did eventually go away.   The following morning, as much as I desired to summit, it was not my day to climb the mountain.

Altitude Sickness:
As much as I try being prepared by avoiding getting sick on the mountain, I got sick while camping at Trail Camp which sits at 12,000ft. I felt nauseated, had a pounding headache.  Finding a shade was nearly impossible.  I kept drinking water, and taking Advil.  My headache did go away eventually.

Getting a Permit:
During a month of May, more overnight spots available to climb Mt. Whitney.  Overnight permit can be obtained via recreation.gov website.